In recognition of Canada's Merchant Navy Remembrance Day on September 3, the following story is presented.

Canada had two navies in the Second World War. First, of course, was the Royal Canadian Navy, the big navy, the “real” navy, the “pusser” navy. It was, as its corps of public relations officers endlessly reiterated, a very big deal indeed. Thousands upon thousands of uniformed men and women filled teeming offices and training establishments, vast and ever-growing complexes of brick and concrete, representing the investment of hundreds of millions of dollars. Its organization, embracing dozens of commands, hundreds of departments, and thousands of experts and specialists, ranging from physicists to dietitians, from jurists to journalists, was a triumph of administrative genius which represented one of the nation’s major wartime accomplishments.

In 1901, the American-owned Niagara, St. Catherines & Toronto Railway  established the Niagara, St. Catherines & Toronto Navigation Company following the purchase of the Lakeside Navigation Company. Through Lakeside Navigation the new navigation company obtained its first two steamships, the 348-ton Lakeside and the 637-ton Garden City. They allowed the company to move into the Toronto market, providing tourists for the amusement park and passengers for the railway many of whom were no doubt bound for Niagara Falls.

In the late 19th century, the only way for rail vehicles to cross the Detroit River was a train ferry. One of these would make a realistic and relatively simple model to build. Their decks were flat with neither sheer (the rise towards bow and stern) nor camber (higher at the centreline than at the sides.) The hull could be in the shape of a scow, a rectangular box with flat sloping ends.

The loss of the MV Beignon, and its Canadian connection.

The meeting of the Foundation Franklin and the Beaverford.

It is not a commonly known fact that sternwheelers were used more extensively in British Columbia than in any other part of North America even though they are popularly associated with the Mississippi River area of the United States. It was no accident that such a high concentration of these vessels was found here. They could do things that no other type of boat could do, and they could do it profitably. Early vessels were built with a wooden hull which was not only extremely buoyant but fairly easy to repair.

Charles Herbert Lightoller was born in Chorley, Lancashire, UK, on 30 March 1874. At age 13, not wanting to end up with a factory job like most of Britain's youth at the time, young Charles began a four-year seafaring apprenticeship on board the barque Primrose Hill. On his second voyage, he set sail with the crew of the Holt Hill, and during a storm on 13 November 1889 in the Indian Ocean, the vessel ran aground on an uninhabited four-and-a-half-square-mile island now called Île Saint-Paul. The island was uninhabited and unable to support habitation. He was lucky to be rescued by another vessel eight days later.

The world's first light vessel was the result of a business partnership between Robert Hamblin, an impoverished former barber and ship manager from King's Lynn, Norfolk, UK, and David Avery, a regular investor in small projects. In 1730 the pair secured a government licence to moor a ship – with a prominent light affixed to it to serve as a navigation aid – at the Nore in the mouth of the River Thames. Hamblin and Avery intended to profit from the vessel by collecting a fee from passing merchant vessels. The licence was opposed by Trinity House which considered that it possessed a monopoly on construction and maintenance of navigation aids in British waters. After an extensive legal dispute the licence was revoked in 1732 and Trinity House assumed direct responsibility for the proposed lightship; Hamblin and Avery were granted nominal lease revenues in exchange.

Battleships and the end of an era.

The roller ship was an unconventional and unsuccessful ship design of the late nineteenth century, which attempted to propel itself by means of large wheels. Two such vessels were constructed and found to be impractical.

The Battle of the Java Sea

​The 'eagle eye' of Peter recently spotted an unusual ship in Hamilton harbour. It interested Peter because it was smaller than the ships we usually see in the harbour. What turned out to be more interesting was the shape of its bow.  The ship is the VikingBank and it was built by Ferus Smit at one of their shipyards in Groningen and Leer (Germany). The only information they give out about the bow design is: Special bow form with vertical stem profile and sharp waterlines without bulb results in less resistance at moderate speeds while having more displacement and cargo hold volume. Sharp entrance angles and less bow flare reduce speed loss in seaway." 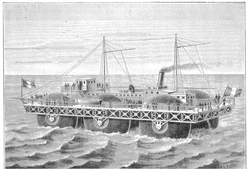 The ‘Flower’ Class corvettes, hurriedly-built, armed with obsolescent weapons and slower than a surfaced U-boat, will always be linked inextricably with the Battle of the Atlantic. Yet, despite their limitations, they were to become formidable opponents and claimed a significant number of U-boat kills.

Lest we forget the merchantmen

​The business was founded in 1930 when Robert Allan commenced private practice as a consulting Naval Architect after serving as Technical Manager of a local major shipyard.

Lest we forget the

Lest we forget the fishermen – “Harry Tate’s Navy”

If you don't know the name then you may know one of their most well-known products, the Schottel Z-drive. Most often found on tugs, they combine propeller, rudder and Kort nozzle into one device, Peter F. demonstrated the tug he is building during the meeting in March 2019, and you will have noticed that it is powered by model Z-drives,

Here in the Great White North we are familiar with cold weather and know how to live in and with it. But little can compare with the experiences of the sailors who manned the Arctic convoys of World War 2, which carried Allied supplies to Russia through the Barents Sea. And the worst of all must have been the experience of the crew of one ship. 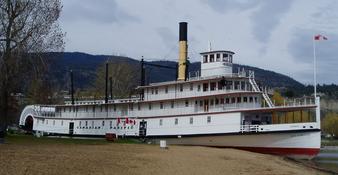 Flower class corvettes, an extract from "The Corvette Navy" by James B. Lamb

Nautical lore . . . .  for modellers whose interest extends to ships, the sea, the lakes, and the men and women who work and play in them. 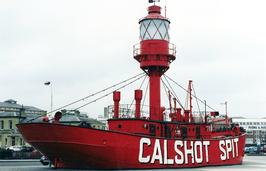 An extract from the "Nautical Magazine and Naval Chronicle for 1858" 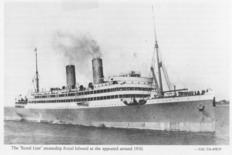 The unique tale of the SS Warimoo

Convoy SL36 left the busy anchorage of Freetown harbour at 13.00 hrs on 16th June 1940. The convoy was in two sections, ships bound for Liverpool, Glasgow and the Bristol Channel being on the port (left) wing, while those in the starboard (right) wing were heading for London and East Coast ports. Of all the ships in Convoy SL36 there was at least one most unsuited to be in its company. The 5,218-ton Beignon, owned by Morel Ltd. of Mountstuart Square, Cardiff, built in 1939, was outwardly a conventional 5-hatch cargo ship of her day. However her engine room housed a powerful diesel engine built by William Doxford of Sunderland, Britain’s experts in the marine diesel field. 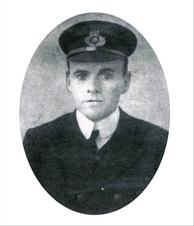 Suggestions for avoiding collisions at sea.

The spritsail barge developed on the River Thames from lightering barges. Originally there were no deep-sea docks in London and trade into the city had to be transferred from sea-going vessels into lighters to get up into the city centre. Because the Thames is a tidal river all the way through London, these barges could be unpowered other than a single steering "sweep" and  could drift in and out with the tide.